What is a Flyboard? How Does It Work? How Much Does It Cost?

As you know, we are all about power boards here at PBX, so today, I want to introduce you to a sport that is becoming very popular. Now this sport is not cheap, and is not something you do on your own, although you actually do. I will explain in a bit. I am talking […] 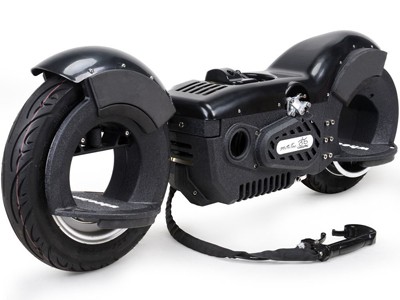 Skateboarding is an amazing extreme ride-on sport that requires agility, superior sense of balance, nerves of steel especially when performing high-flying stunts and tricks, and a passion for speed. Unfortunately, relying on your trusty legs and feet can be tiring. So, even if you can go tops at 80 miles per hour or even beyond that, you’d definitely have to train for it, just as what the current Guinness Book of World Records holder for the fastest skateboard speed in a standing position, Erik Lundberg did. Lundberg did an 81.16 mph record-beater, beating MischoErban by a mere 0.42 mph. That speed record however, was performed downhill on an 18-degree incline in Quebec. With gravity by your side, speed is no problem. 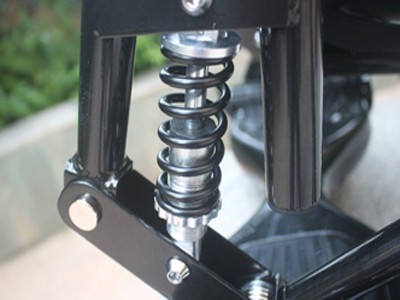 5 Important Features To Look For In A Hoverboard Cart

OK, so what is a hoverboard cart? Well basically, it is a retro fit attachment that connects to an existing hoverboard. The hoverboard provides the power and the back wheels, and the cart makes a seated go cart like application that you can steer and have great fun on. They are fitted generally with steering rods on the left and right and they have a front wheel, and most models have an extendable frame to cater for children and adults. In this article, we are looking at important points you should consider before buying your hoverboard cart 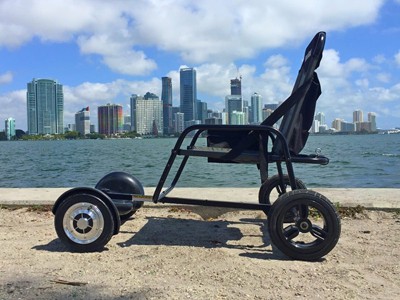 Hoverboards are so much fun to ride. These self-balancing scooters give you the feeling of gliding on air although, technically, they are still pretty much in contact with the ground through their tires. Over the years, man has continued to experiment with true hoverboards that literally levitate above ground. And while we have yet to see a production type of this kind, it would be best to do something about standard hoverboards’ balancing issues. While these scooters have sensors that effectively balance the rider standing on the platform, wipeouts are a common occurrence especially among newbies. That’s why innovators have come up with an accessory or an attachment that can literally transform an ordinary hoverboard into an ultra-futuristic Go-kart..

7 Important Features To Look For In An Electric Skateboard

The skateboard was first created in the 1940s. It was meant for transportation, but people also started using it for sports. Skateboards were controlled by the rider by kicking the ground for them to move forward. When it comes to steering, the rider shifts his weight backward and forward (they ride the skateboard sideways). It isn’t as simple as it sounds and a lot of people just find skateboarding more difficult than just using a bicycle. However, unlike the AirWheel or the battery-powered scooter, an electric skateboard is much easier to maneuver. 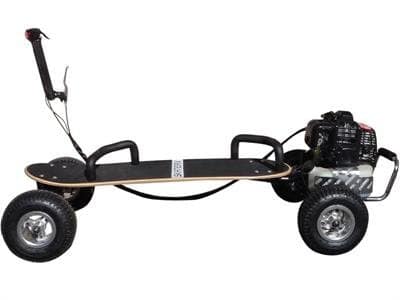 5 Important Features To Look For In A Gas Powered Skateboard

The first time that a gas powered skateboard entered the market was back in 1975 when Motoboard released its first model. It was the first ever powered skateboard that ran on a lithium iron phosphate battery. With this kind of battery, it can go as far as 16 to 20 kilometers when it is fully charged; and even if it the battery gets drained, the skateboard can still run for a few kilometers. What made the Motoboard more groundbreaking was that it could go as fast as 30 mph. This is possible because of the mechanism of its small engine. You can control the speed of a Motoboard using a handheld trigger. When you release your hold on it, it will automatically go to idle mode. Its size is around 36 inches, almost like a normal skateboard. However, the Motoboard was banned in California during the late 1970s because of the pollution it caused. It totally stopped being sold in stores by the year 1983 when the… 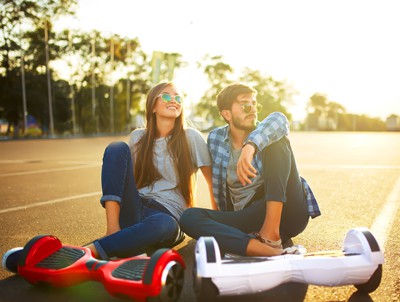 7 Important Features To Look For In A Hoverboard

The hoverboard first heard of in the book named Back to the Future by M. K. Joseph, is a levitating board that looks like a skateboard. It is used as a means of transportation in science fiction, and an added weapon in superhero movies. The contraption was first used by Marty McFly from Back to the Future movie, a part portrayed by Michael J. Fox. You can also see it in other movies like The Transformers and Fantastic Four: Rise of the Silver Surfer. In the former, the main character, Daniel Witwicky uses a hoverboard to go around. In the latter, the hoverboard was used as one of the main features of the Silver Surfer. He goes around the earth and outer…